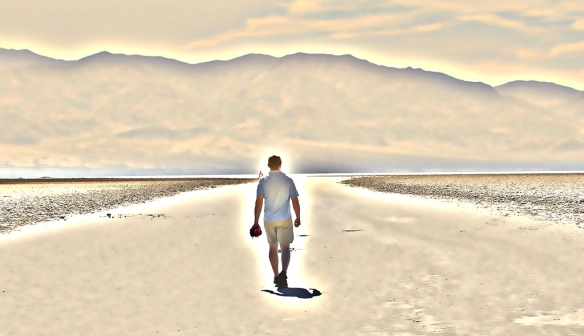 A number of years ago I was asked by a college to speak about my personal experience with abuse. This was the first time I ever spoke about what had happened to me in a public forum. I remember the weeks leading up to the speech I felt a mixture of dread, anxiety, shame, and empowerment. It was then that I got a taste of what it really meant to be an advocate. I was preparing to advocate for the little boy that represented who I was, and am still today.

On the day, I had every intention of talking about myself. I took the podium and began to speak. But what came out wasn’t about me. It was about my best friend. You see, my life was filled with people who were looking to take advantage of me. As a child and survivor of abuse, I wasn’t very good at sticking up for myself. I was routinely pushed, prodded, and pummeled by the bigger kids in school. I think in my heart that they knew something was different about me. I was just another easy mark.

That all changed one day when a kid came by my house and introduced himself. His name was Eddie. He was only a year older than me, but he was a kid in a man’s body. We became fast friends. I soon realized that this kid, who I proudly called best friend, had a huge heart.

Eddie had a reputation as a a troublemaker, but he was simply misunderstood. I noticed the more I hung out with him the less I was bullied. Somehow my best friend Eddie also became my best advocate. From the day that I met him to the day that he took his own life he was always trying to protect me. Most of the time I didn’t even know he was.

I think he knew I was a survivor even though I never told him. I remember the day he came to my house and told me his dark secret. His mother had physically beaten him from as long as he could remember. It was then that I knew why he would go out of his way to help a little defenseless kid like me. I was the first person he told. I never knew if he told anyone else. 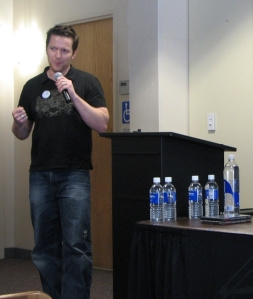 Chris speaking about male survivorship at a college keynote.

I realized that it was impossible to tell my story without first telling his. So I told the audience about Eddie. I wanted them to know that he deserved an advocate in his life. He didn’t have one. He had been my strongest advocate and I was grateful on that day to be his. He gave me something so simple yet so needed. The feeling that I wasn’t alone in this world. The more I told the story, the more stories I received from other men. They didn’t have the power so they wanted me to speak for them.

There isn’t much incentive for men to speak out about their abuse. They have to deal with the ignorance of other men and women. Men are often the subject of ridicule, having our manhood and sexual orientation called into question. There are even people who don’t believe boys or men CAN be abused against their own will. Certainly not by a woman. These are only some of the reasons why we don’t see men speaking out about abuse.

There are even female advocates who believe that men should be excluded from the resources that are provided to women. Men shouldn’t be in groups designated for women. So it’s no surprise that our men are continuing to suffer in silence. It’s no surprise that our communities are not confronting change as a united front. The abuse will continue as long as we decide to fight it apart.

It was in that spirit that I started a non-profit organization with my wife Ophelia, a survivor herself, to ensure that all survivors of abuse, rape, and gender violence have a voice when they need it. We decided that the best way to achieve a true end to abuse is by including women and men together in this fight. We are mutually supportive, regardless of gender, sexual orientation, ethnicity, or color.

Abuse occurs everywhere. So it’s going to take everybody to fight it. Women have been fighting it for so long. They have won many battles. Now is the time to empower our men to come forward and share their experiences. I sometimes wonder if Eddie’s life would have turned out differently if he had a strong male advocate in his life. For now, I am resolved to speak his truths and stand by strong women and men when I do it. Advocates simply speak out for those who can’t. Men. Women. Together.

Note: This article appears in the Self Help Packet for Jersey Care Leavers Association. For the full packet of great articles and resources go to http://www.jerseycareleavers.com/ and download the packet today.

(Wo)Men Speak Out™ is a non-profit organization dedicated to eradicating rape, sexual assault and gender violence. We seek to educate both men and women, cultivating healthy relationships and gender equity.