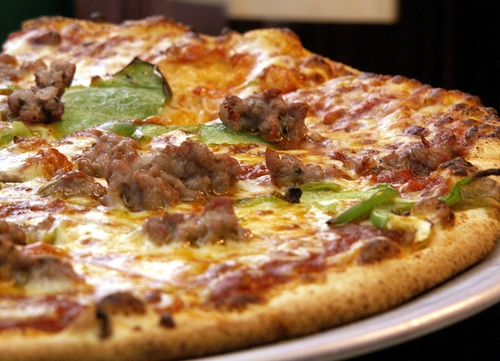 The most common question I get asked after our speaking events is “what can I do?” Or “how can I become an advocate?” There are many ways of answering a question like that.  But then it got me thinking while I was having lunch at the local pizza place.

I walked up to the server, took one look at the oil drenched offerings and told him I wanted two of the pepperoni.  Now it was clear that the slices had been sitting on the counter for a while.  Normally the server takes the slices, puts them in the heater, and passes it along.  This time he didn’t.  He put the pizza on a plate and passed it to the cashier.

“Excuse me, can you heat those up for me?”

A survivor of abuse may have handled that scenario a little differently.  She may have taken those two slices as is.  I mean, if you don’t think that you amount to much or that you are deserving of respect, then why would that change at the pizza counter?  We don’t always get the slices we deserve.

You are the person behind her saying, “hey, don’t you think you ought to heat those up for her?  You want hot slices right ma’am?”

When it comes down to the fundamentals our job is the same, from the counter to the streets to the courtrooms and on.

When I first began speaking about my abuse I did it for a number of reasons.  I only realized after a man once told me that when I spoke he felt like I was speaking for him.  I was speaking the words that he had been meaning to say.  I felt grateful to hear that my story had this effect on him.  You never truly know until people tell you.

It made me think of the second part of the pizza story.

“Thanks, I really wanted them hot, but I didn’t think to say anything.”

Advocacy?  It’s a snap.  All you got to do is say something.

5 thoughts on “Say Something”