The overwhelming majority of children are abused by a family member or family friend.  More often than not the abuser is a parent, step-parent, or guardian.  I think that’s a reality we haven’t quite come to terms with.  I know we didn’t when I was growing up.

Probably the only education I ever received as a child about the danger of abuse was a  30 minute session in a 5th grade class once.   I remember that it was taught by my English teacher.  I could tell how uncomfortable and awkward she felt in front of the class, trying to talk about what to say if a stranger came up to us and asked us to follow ‘him’ down an alley.  I was taught to say no, but I wasn’t quite sure why I was saying no.  Just that it was important that I did say no.  There was no context, just that this fictitious ‘bad guy’ wasn’t to be followed.  I thought of some of the supervillains I read about in comic books.  On the off chance that Dr. Doom showed up on my afternoon walk home from school I knew what to say.

Education hasn’t improved much since that day in grade school.  We are still uncomfortably limping into inadequate conversations with our children about what to do, when, and who.  Except we are so leery about the ‘who’ part because the ‘who’ may be attending PTA meetings, may be more close to us than we would like to think.

Educating our children about how to speak up for themselves is not an always popular proposition to a parent.  Parents want obedient children, and it’s those same obedient children who are most vulnerable.  If there is anything that is most obvious in looking at the statistics it is that children aren’t using their voices.

There are arguments that children shouldn’t know about abuse.  They are too young to be exposed.  Yet we already know that millions of children are already being physically and sexually abused right now.  I guess the above philosophy has, in a sense, already written off those children as damaged goods.

Parents aren’t comfortable with the idea of their children telling them no, in any case.  That is precisely what education provides for them, the option to say no.  An option to defend themselves.  This rarely comes up consciously in my discussions with parents, but it always rears it’s ugly head in the periphery.  The argument against abuse education that never quite makes itself known.  This is why our parents should be educated as well.

Our expressed priority is to protect our children.  But there is a catch to this.  We don’t want to protect them from us.

So we still ask ourselves why our children are so vulnerable.  We wonder why there are millions of victims of abuse out there.  It’s because the children don’t know.  Organizations, like (Wo)Men Speak Out, exist to educate our men, women, boys, and girls about abuse.  Boys and girls are the most vulnerable demographic to the scourge of abuse.  Are they too young to know about abuse?  Millions learn one way or the other.  Sadly, it seems that, for most, the most harmful way is ruling out over the other.

If you believe your children are ready to be given the tools that may save their life one day, then bring an organization in that knows how to talk to the kids.  Not the awkward English teacher I had way back when.

Abusers rarely look like Dr. Doom.  Yet, that may be all the protection we are providing our children. 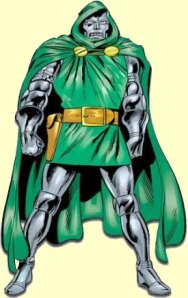 1 thought on “Children Should Know”